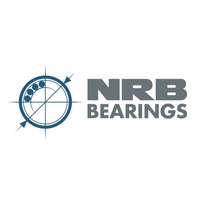 Founded in 1965, NRB was the first company to manufacture needle roller bearings in India. For over 40 years NRB has pioneered the leading edge of bearing technology, and today over 90% of vehicles on Indian roads run on NRB parts. Since its inception, NRB has grown beyond its signature product to offer a wide range of high-precision friction solutions not only in the automotive sector but across all mobility applications.

NRB is the global benchmark for quality and innovative design in high-precision friction solutions. NRB Bearings is a recognized leader in needle roller bearings, conventional cylindrical roller bearings and has developed a new generation of lightweight drawn cup bearings.

As the business grew, it couldn’t meet the user load and also the database was outdated which they wanted to switch to a reliable and cost-effective solution.  Orient proposed AWS Windows SQL Workloads for the same.

Orient studied the existing IT Infrastructure and proposed AWS cloud to achieve Database reliability, performance, and speed-related issues. Orient proposed Windows Server 2016 with MS SQL 2017 to be procured on AWS Environment for the Database server.  Another EC2 on AWS was launched with Windows server 2016 for Navision App server. Orient additionally automated backup of both EC2 AMI using AWS Lambda services along with encrypting the backed up AMI Snapshots and Data address using default EBS encryption whose keys were managed by AWS. SNS was proposed to trigger alerts on events like completion of backups.